A Bible for the 'Millennials' 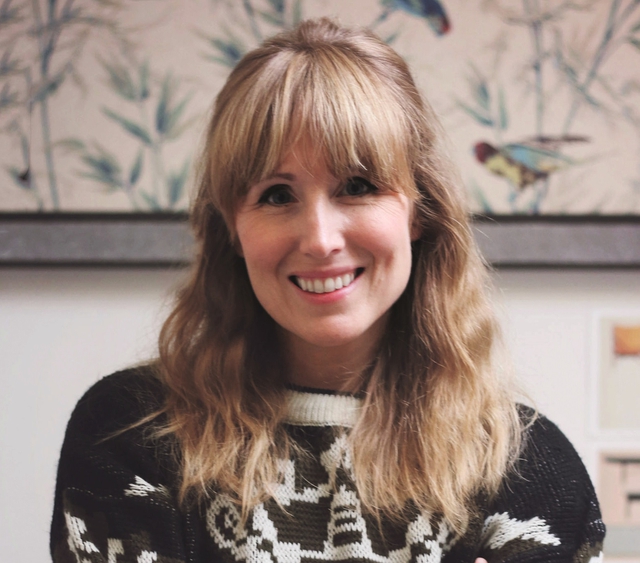 FOR an author, there’s a certain satisfaction in knowing that your Carlisle book launch is the second most successful for sales – beaten only by the Harry Potter novels!

And that was the case for Cumbrian-born designer and illustrator Karen Sawrey and her 224-page Infographic Bible; a five year ‘labour of love’.

Published late last year, the beautifully produced hardback book is now on its third print run. Its pages offer the reader an opportunity to explore the Bible in new ways, through text and graphics. It’s specifically aimed at a millennial audience.

Karen, who was born in Whitehaven and worked in publishing in London before returning to Cumbria 12 years ago to freelance, explains: “This was the dream project for me. I’m passionate about engaging a visual generation with creative ways to see and digest information and I’m passionate about Jesus. The Infographic Bible ticked both of those boxes.

“God has used every part of my story in the production of this book. I’ve pulled on every relationship and contact I’ve built up professionally over my 25 years as a designer, all the skills I have developed in that time and then there’s been a steep learning curve and additional training to help make this book happen.”

An initial production team of three people grew to seven. Eventually Karen oversaw a 57-strong team including theological advisors (representing a range of voices across the Church), administrators and a host of contributors, tasked with creating data which could then be analysed and wire-framed onto a page before ultimately being transformed by Karen and others into a series of beautifully designed infographics.

The data had to be created for the first time, allowing Karen to visually represent the key stages of the Gospel message as well as exploring themes such as ‘Who did Jesus say He was?’ ‘How did God speak?’ (a stunning audio wave infographic), ‘All prophecies about Jesus and how they were fulfilled’ (illustrated through a beautiful rainbow infographic which is Karen’s favourite), the most influential women of the Old and New Testaments, Creation, meditation on wellbeing and prayer.

Karen explains: “At the moment we’re experiencing an exploding, global visual language in which we’re constantly absorbing information. That’s driven by the millennial generation, social media and the internet as well as research that shows combining visuals with text improves communication and learning.

“The aim of an infographic is to visually represent information, data or knowledge in a way that is quickly and easily accessible, better digested and retained. Infographics are increasingly becoming the currency of communication for the masses.

“That is nothing new; Jesus spoke in parables, creating images to help His audience understand and remember the essence of His message and Paul chose to write in the street language of the day.The infographic’s aim is to do both: create a visual image and then support that graphic with text that can be understood by anyone who picks up the book.

“This is not a book which is meant to replace the Bible. It does not cover every book in the Bible and it does not simply illustrate the text of the Bible. What it does do, however, is to show the Bible’s ‘big picture’ Gospel message from Genesis to Revelation, with subjects chosen to help drive that relational story forward.The main aim is to point the audience back to the Bible and to show it can be wrestled with, analysed and meditated on.”

Brought up in a Christian family, Karen moved away from God in her teenage years. She consciously reignited her relationship with Him when later working as a creative designer for the well-known Alpha course and Holy Trinity Brompton Church, overseeing many products and branding re-designs.

It is that deep Christian faith which has been at the heart of the Infographic Bible project which took five years from ‘pitch to publication’, and throughout which she has been supported by members of her congregation at Carlisle’s Vineyard Church.

Karen concludes: “I firmly believe that the Bible is one of the key places we encounter God and His heart for relationship with us which brings nourishment and wholeness as we interact with it. My hope is that the Infographic Bible points people to God’s life-giving word, no matter where they are in their journey with God, inspiring them to approach and interact with it. It is an incredible gift which God extends to every person.”

The Infographic Bible has been translated into German, Dutch and Russianand is published in the UK by Harper Collins. It is available to buy extensively online (www.eden.co.uk) or in shops. For more visit www.theinfographicbible.com.