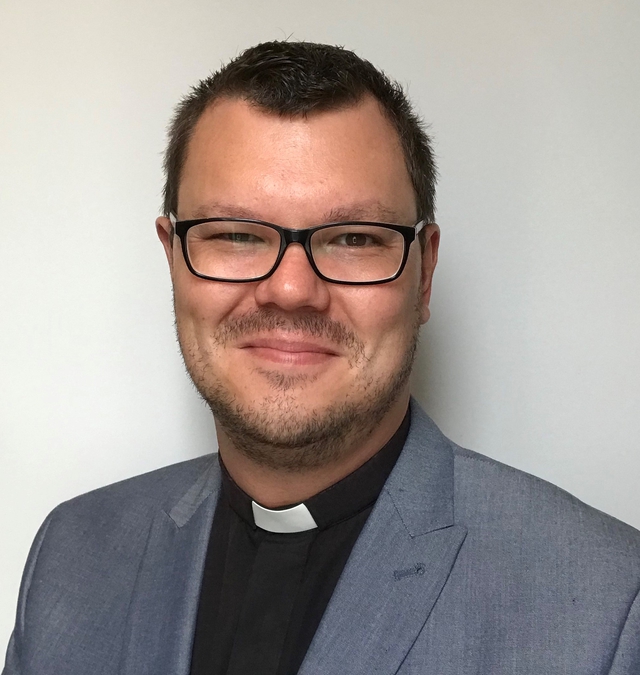 The Bishops of Carlisle and Penrith have welcomed the appointment of the Revd Dr Michael Leyden as the first Dean of Emmanuel Theological College, the new theological college announced in July 2020 for the north west.

Bishop James said: “This is very good news for Cumbria. Building on the excellent work of Cumbria Christian Learning, Emmanuel Theological College presents an exciting opportunity for us here in Cumbria to join with others across the North West region in offering excellent theological formation for ministry.”

Bishop Emma said: “As a former theological college principal myself, I’m especially delighted that Michael Leyden has been appointed as the first Dean of Emmanuel. I know Michael is keen to work with us here in Carlisle Diocese and across the ecumenical county on all that is planned for the coming years, and we hold him in our prayers.”

For full details please read the press release below, which is issued jointly by the dioceses of Blackburn, Carlisle, Chester, Liverpool, Manchester and Sodor & Man.

The Anglican Bishops in the North West have welcomed the appointment of the Revd Dr Michael Leyden as the first Dean of Emmanuel Theological College, the new theological college announced in July 2020.

Michael will be supported by the Bishop of Chester, the Rt Revd Mark Tanner, as Chair-elect of the Emmanuel Theological College Board of Trustees. Together they will be charged with delivering outstanding formational and vocational training for lay and ordained church leaders, in what is expected to be a nationally recognised centre of excellence for theological education.

Emmanuel Theological College will celebrate the rich breadth of traditions in the Church of England and enable access for students from a variety of backgrounds, so all may learn, grow, and flourish together as they are formed in Christ’s service. The wealth of experience and knowledge of theological education that both Bishop Mark and Michael bring will be invaluable to the team developing the college’s training pathways, which will combine theological excellence with a rigorous formational programme. This will be crucial to making a reality the North West Bishops’ vision of forming theologically literate lay and ordained leaders who are able to grow healthy churches and transform communities.

The Bishop of Burnley, the Rt Revd Philip North, who is leading the work to establish Emmanuel Theological College on behalf of the North West Bishops explained, “the work to establish the new college is going extremely well and we have made excellent progress in all areas, including the appointment of Michael as the first Dean of Emmanuel Theological College and the Bishop of Chester, the Rt Revd Mark Tanner, as Chair-elect of the Board of Trustees.”

Settling on the name, ‘Emmanuel Theological College’, was a process of careful discernment, according to the Chair-elect, the Rt Revd Mark Tanner. He explained, “we considered a range of options but were excited by the simple, faithful claim of ‘Emmanuel’, God with us: God with us across the North West in every place and community. It is testimony to what we see every day – the Lord Jesus at work bringing hope in everyday lives, building up his Church, and expanding his Kingdom for the transformation of our communities. We believe that Emmanuel Theological College is part of that work of God.”

The new Dean, the Revd Dr Michael Leyden, is currently the Director of St Mellitus College, North West, and is well known in the region and the wider sector. He grew up on an urban priority area estate in Huyton, near Liverpool, before studying at Oxford University. He has served as a parish priest on the edges of post-industrial towns in both the Dioceses of Liverpool and Chester.

Speaking about his appointment Michael said: “I am so very honoured to be asked to become the first Dean of Emmanuel Theological College: to help enact the vision to train and equip Christ-centred, mission-minded, and hope-filled leaders for our region is thrilling.”

“I’ve seen the impressive work that has already been done to prepare for our first intake of students in September 2021, and I’m delighted to be joining such a high-calibre team. Together, under God, we will make Emmanuel Theological College an outstanding place to train lay and ordained leaders of all traditions and backgrounds to serve the mission of God in the north west.”

Welcoming Michael, the Bishop of Penrith, the Rt Revd Dr Emma Ineson, added: “Michael has an impressive track record as a theologian and educator, and he is also deeply grounded in ministry in the region, all of which will make him an excellent Dean of Emmanuel Theological College.”

The Bishop of Liverpool, the Rt Revd Paul Bayes, commented: “I have seen the fruit of Michael’s ministry over many years, especially his commitment to training candidates from previously excluded groups, and I am delighted that he has accepted our invitation to lead the new college.”

The Church of England Bishops of the six north west dioceses (Blackburn, Carlisle, Chester, Liverpool, Manchester and Sodor & Man) announced on 1st July 2020 that they had decided to work towards the formation of a new theological college for the region. This decision reflects their commitment to the provision of outstanding theological training and formation for lay and ordained leaders and followed a prolonged period of careful discernment, including detailed research by the Rt Revd Graham James and others. The Bishops have commissioned a multi-disciplinary team led by the Rt Revd Philip North to establish the new college, which will begin training its first students in autumn 2021.

The Revd Dr Michael Leyden grew up on a social housing estate in Huyton, near Liverpool, and holds MA and MSt degrees from the University of Oxford. He wrote his PhD on ‘Human Agency in Karl Barth’s Moral theology’ at the University of Chester and specialises in the interface between Christian doctrine and ethics.

He has been the Director of St Mellitus College, North West, since May 2018. As well as various other chapters and articles, Michael has written ‘Faithful Living: Discipleship, Creed, and Ethics’, which published last year by SCM Press.

He is married to Anna, a curate in Chester Diocese, and serves as Associate Minister of St Peter’s at the Cross, Chester.

The Rt Revd Mark Tanner was the Warden (Principal) of Cranmer Hall, Durham (an Anglican Theological College) and Vice Principal of St John’s College, Durham from 2011 until 2016 when he became Bishop of Berwick until his translation to Chester in 2020.

The Rt Revd Dr Emma Ineson was a tutor at Trinity College Bristol (an Anglican Theological College) from 2007 until 2013 and then Principal from 2014 until 2019 when she became Bishop of Penrith. She is overseeing the development of the academic programme and staffing of Emmanuel Theological College.

The Rt Revd Philip North has a long association with Anglican theological education and is currently on the Board of Trustees or equivalent for the All Saints Centre for Mission and Ministry, and the College of the Resurrection, Mirfield. He has also previously been on the St Mellitus North West Advisory Board, the national Board of Trustees for St Mellitus College and the Council of St Stephen’s House, Oxford