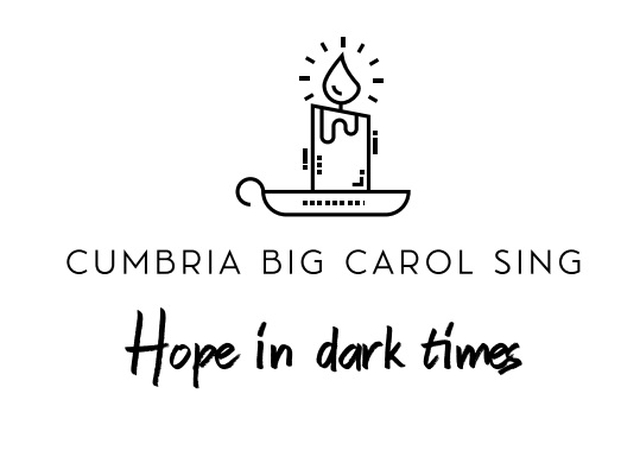 The final countdown is on to Cumbria’s Big Carol Sing which takes place this weekend.

Across the county scores of people are set to take to their doorsteps to sing the carol Silent Night at 6.15pm on Sunday 20 December.

The mass rendition will form part of a special Christmas programme to be presented by Richard Corrie on BBC Radio Cumbria from 6pm and which churches across Cumbria have heavily promoted.

Richard said: “I’m really looking forward to the show and the chance to bring our wonderful county together again for some Christmas cheer after such a difficult year.

“We’ve been promoting the Big Carol Sing for a number of weeks and we’ve seen a fantastic response. We want as many people to join in as possible. Let’s look to raise the roof!”

To further promote the event, the radio station’s latest social media posts include films of a number of BBC Radio Cumbria presenters singing the carol from their doorsteps.

Meanwhile the ecumenical God for All team – which supports the work of Anglican, Methodist, United Reformed churches and the Salvation Army - has created a special Cumbria Big Carol Sing Facebook page. Posts have been shared tens of thousands of times, with links through to downloadable lyrics, invitations and Christmas resources.

Sarah Hulme, Outreach and Fresh Expression Enabler in the God for All team, said: “We’re thrilled at the level of response that there has been across all of our communities.

“We know of people who intend to take part who may not normally go to church but who feel it will bring them the comfort and joy they need at this time. It’s truly wonderful to think that so many people will be singing at the same time to celebrate the birth of Jesus.”

One of those is neo-natal nurse Tara Gosney who lives on Walney Island. She and other neighbours in Southport Drive are encouraging as many people as possible locally to sing.

Tara explained: “I saw a post on Facebook about the Big Carol Sing and just thought this was a wonderful idea. I circulated it to our neighbours’ Whatsapp group and we’ve got people posting song sheets and information through people’s letterboxes.

“My six-year-old grandson and daughter will join me to sing. It’s so important that our children have a chance to do this as many nativity plays and Christmas concerts have had to be cancelled.”

Carol singers are being encouraged to share selfies and videos of their performance of Silent Night on various social media channels using the hashtag #cumbriasbigcarolsing.

You will be able to listen to the special programme on BBC Radio Cumbria from 6pm on Sunday 20 December by tuning into the FM frequencies: North, East and West 95.6 FM. South 96.1 FM, Whitehaven and Keswick 104.1 FM, Kendal 95.2 FM, Windermere 104.2 FM. Alternatively you can listen live via the BBC Sounds app.

You can follow Twitter and Facebook feeds for BBC Radio Cumbria, Cumbria Big Carol Sing and the Diocese of Carlisle to keep up to date with the latest information.