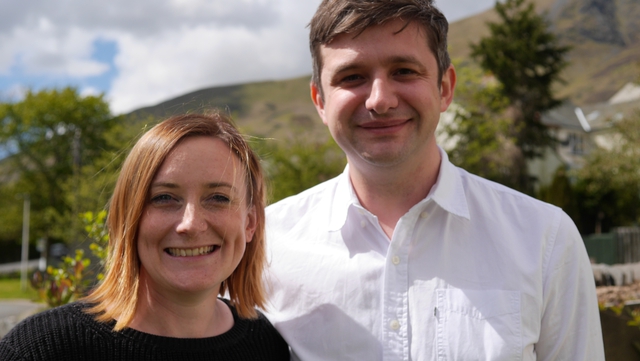 A young married couple has been appointed to two new strategic roles, leading mission and ministry in the Diocese of Carlisle – the Church of England in Cumbria.

The Rev Nicky Smith, 35, and the Rev Andy Smith, 36, have just started in post as the Director of Ministry Development and Growing Younger Enabler, respectively.

They come to the roles having previously built a hugely successful church plant in Southampton and then having spent six months in Bangkok, Thailand, as church missioners, returning to the UK in January.

Nicky, who will lead on vocations, curate training, lay training, clergy wellbeing and clergy development, said: “I come to this role having been heavily involved at our previous church with helping to grow leaders and support people as they look to discern what God is calling them to.

“So, in turn, I feel that God has called me to this new job. Something lit up inside of me as I read the job description. I’m so looking forward to drawing alongside people across the county to hear their stories and to help them discern what plans God has for them.”

The couple first met at a student church in Southampton University in 2004 where Andy was studying oceanography and Nicky was a nursing undergraduate.

Andy then trained at Wycliffe Theological College in Oxford before completing his curacy in Lymington, Hampshire, whilst Nicky continued in nursing. She then trained for ordination at St Mellitus College in London.

Nicky then served her curacy at Ascension Church in Southampton, where Andy was the Vicar. The couple planted a new church congregation which saw the number of weekly worshippers grow from 30 people to more than 130, whilst also working alongside hundreds more in their wider community through various fringe projects.

Last August the couple and their children felt called to mission in Thailand, flying out to Bangkok, having sold all of their belongings, returning to the UK after six months.

Andy, whose role will see him look to grow work with millennials and the following generations, said: “We arrived back in the UK in January basically homeless, unemployed and with the world in the middle of a global pandemic but just a few weeks later we found ourselves appointed to these roles! We are both delighted to be here in Cumbria.

“My role provides the space for the important work of connecting with millennials and younger generations. God is interested in all ages. Younger people are harder to engage with because of the cultural changes that have gone on within society and that’s reflected in our church profiles. So we need to invest heavily in reaching those people. The Church is poorer and weaker without their voice.”

The couple has three children – Olive, 12, Etienne, 10, and Amélie, 9. They have set up home in the village of Threlkeld.

Welcoming them to their roles, the Bishop of Carlisle, the Rt Rev James Newcome, said: “We are delighted to have both Nicky and Andy join us, particularly at such a pivotal moment for our ecumenical county as we look to build on our joint God for All vision and strategy to follow daily, speak boldly, care deeply and tread gently.

“Both these roles are hugely important in that context as we continue to look to support our clergy, grow vocations and reach out to younger people across our county with the good news of the Gospel message.”