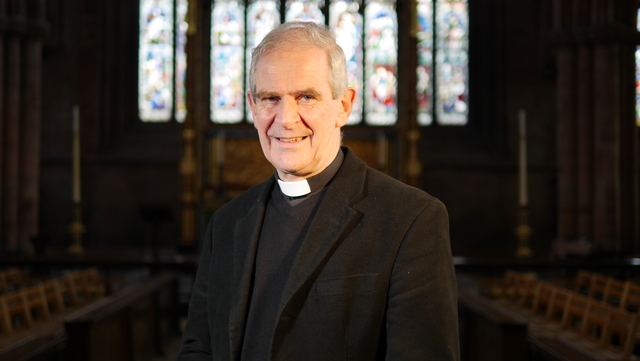 The Dean of Carlisle – the Very Rev Mark Boyling – has today announced that he will retire later this year.

He will step down from his role as Dean at the end of September, after 18 years leading the team at Carlisle Cathedral.

During his time in post the Dean has overseen development of the multi-million pound Fratry project – a landmark education, events and hospitality space in the Cathedral precinct – has steered the cathedral through the challenges of the coronavirus pandemic and has helped develop an exciting programme of events as the Cathedral celebrates its 900th anniversary this year.

He said: “A decision like this is never easy to make. I have however come to a clear sense that this is right for me and the right moment for the Cathedral. I am thankful that there is a strong team in place – both in the Chapter and in the Cathedral staff - to make sure all continues well in the vacancy.

“By the autumn, we fully expect to have completed the demanding and important work to create the Cathedral’s new Constitution and Statutes. I shall also have been able to be part of the lion’s share of the 900th anniversary celebrations which will be such an exciting feature of 2022 for all of us.”

The Dean came to the role in 2004 moving from Liverpool Cathedral where he was a Canon Residentiary for 10 years. He was ordained in 1977, after attending Cuddesdon Theological College. He served his curacy in Kirkby in Liverpool, later becoming Team Vicar. From 1985 to 1989 he served as Chaplain to the Bishop of Liverpool before being appointed Vicar of Formby from 1989 to 1994.

Since moving to Carlisle he and his family – wife Helen and their two children – have lived on site in the city centre Cathedral precinct.

The Bishop of Carlisle, the Rt Rev James Newcome, has paid tribute to the Dean, adding: “Mark came to Cumbria only two years after my appointment as Bishop of Penrith. We have worked very closely throughout that period and I have always valued Mark’s input as a member of the Bishop’s senior leadership team.

“I consider him to be a close friend and colleague and would like to thank him for all he has done to further develop Carlisle Cathedral as a place of prayer and reflection whilst also helping further open up the building’s rich history to many more people in new ways.

“I look forward to celebrating the Cathedral’s 900th anniversary with Mark and the Cathedral Chapter and staff team over the coming months and my prayers will be with him, Helen and their family as he looks towards a long and happy retirement from September.”

The appointment process for a successor as Dean of Carlisle will now begin.

1. Role of the Dean of Carlisle

The Dean of Carlisle is based in Carlisle, UK and is the head of the Chapter of Carlisle Cathedral. There have been 41 incumbents, including the current holder, The Very Rev Mark Boyling, with the first Dean having been appointed in 1542.