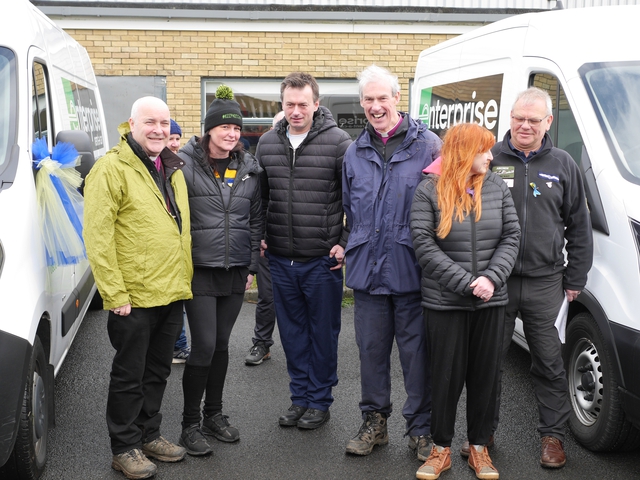 The Archbishop of York has today paid tribute to the Cumbrian community spirit during his first visit to the county since enthronement.

Archbishop Stephen Cottrell joined the Bishop of Carlisle, the Rt Rev James Newcome, who is currently completing a Lent walk across the Diocese of Carlisle, with the two meeting a local marathon man fundraiser and spending time with members of West Cumbria Ukrainian Appeal.

The Rev Nicky Pennington hosted the pair as they also met parishioners and school children in the Crosslacon Team (Cleator Moor, Cleator, Arlecdon and Frizington) before later heading to Ennerdale.

Archbishop Stephen and Bishop James were able to bless two vans laden with goods and medical supplies just before local people waved the drivers off on their journey to a refugee camp in Poland.

Archbishop Stephen said: “There’s nothing good about this war in Ukraine: it’s barbaric, it’s evil and I pray that it will soon stop. But what I see time and again is that where there is horror and evil, good can come from it. That’s been shown by this community who have come together and said ‘The people in Ukraine are our sisters and brothers’. Those vans will be a lifeline to some refugee families.”

His day in west Cumbria was a first for the Archbishop, who added: “Like many people I have such happy memories of childhood holidays in the Lakes but I never made it to the Cumbrian coast. I’ve had such a lovely day here. It’s been hugely inspiring, and I’m humbled to see communities pulling together. I’ve been particularly impressed by how the church is so embedded and woven into the community, making things happen but in partnership with others. I think that’s the future.”

The Ukrainian appeal team has also received more than £1,700 from St Andrew’s Mirehouse and Ignite Network Youth Church through donations raised at a cream teas event and other donations.

Bishop James said: “It was a privilege to be able to bless the vans before they set off on the journey. The commitment of everyone involved was plain to see and it’s staggering to realise how quickly these people have responded. It was wonderful to be able to pray for the safe onward journey of the vans, their drivers and the goods and supplies which they are carrying.”

Appeal team organisers Nina Albertelli and Nikki Wyatt were thrilled that the vans had been blessed.

Nina explained: “It was emotional to watch the vans drive off and to see people clapping and cheering. The donations just continue to come through and people have been so generous. When the vans were blessed Nikki and I looked at one another and there were tears. The words spoken by the Archbishop and Bishop meant so much.” 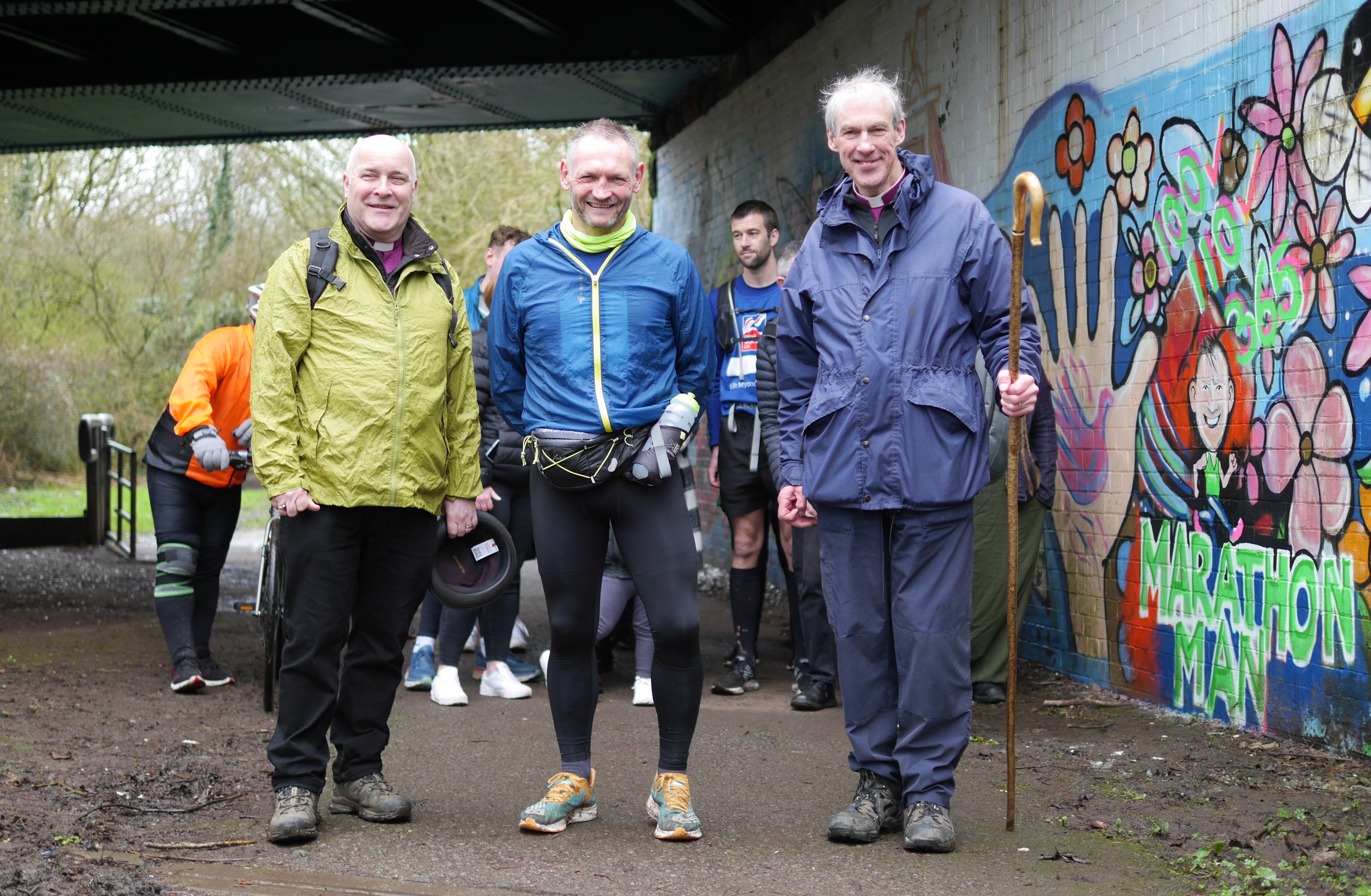 Earlier the two met up with Gary McKee, a Cleator Moor man who is currently running a marathon every day to raise funds and awareness for two charities: West Cumbria Hospice and Macmillan Cancer Support.

Gary said: “I was a bit surprised to discover that neither the Archbishop or Bishop had brought their running shoes; I thought they’d be joining me for a bit! Seriously though, it’s fantastic that they’ve come to Cleator Moor and taken time to meet up with me to find out how the fundraising is going. Both were genuinely interested in what I’m doing and it’s great to see the support from the church.”

Both were also able to join parishioners and pupils from Montreal C of E primary for a short service at St John’s Church in the Hall.

Bishop James added: “The Lent Walk is going brilliantly. I’ve had some marvellous conversations – more talking than walking if I’m honest – but it’s been great fun to be out and about meeting lots of old friends.

“It’s been a pleasure to have Archbishop Stephen with us today so that he can experience something of the amazing generosity of spirit which is such a Cumbrian trait. I know he’s been thrilled to see how church and community are working together in so many different ways.”

Archbishop Stephen will return to the county on June 12 as part of the 900th anniversary celebrations at Carlisle Cathedral.