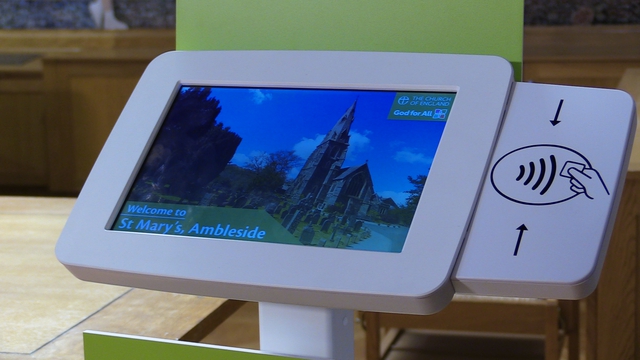 A year-long national pilot scheme to help encourage online and contactless giving in churches across Cumbria has raised nearly £85,000.

Launched in May last year, it was the first of three such schemes with 110 contactless donation units offered up to Cumbrian churches as part of a £1.25 million investment by the national church around digital giving.

Diocesan Stewardship Enabler Sophie Hodge, who worked with national colleagues towards the roll-out of the contactless giving units, said: “We are thrilled by what this pilot has achieved over the past 12 months - and we expect to see even more impact in years to come.

“The churches in Cumbria are in a particularly strong position to benefit from contactless giving, as across the county we welcome high numbers of visitors to our buildings: tourists, those attending christenings and funerals and those interested in the rich heritage contained within our historic buildings.

“The legacy of this pilot will be a constant and reliable income source, creating churches that are more sustainable and more able to serve the communities in which they belong."

The year-end figures show that May 2022 proved the most profitable month for churches, with over £9,000 donated through online and contactless giving.

One of the biggest beneficiaries of the contactless giving scheme was Lanercost Priory, near Brampton, which saw more than £4,600 collected in digital donations during the 12 months. 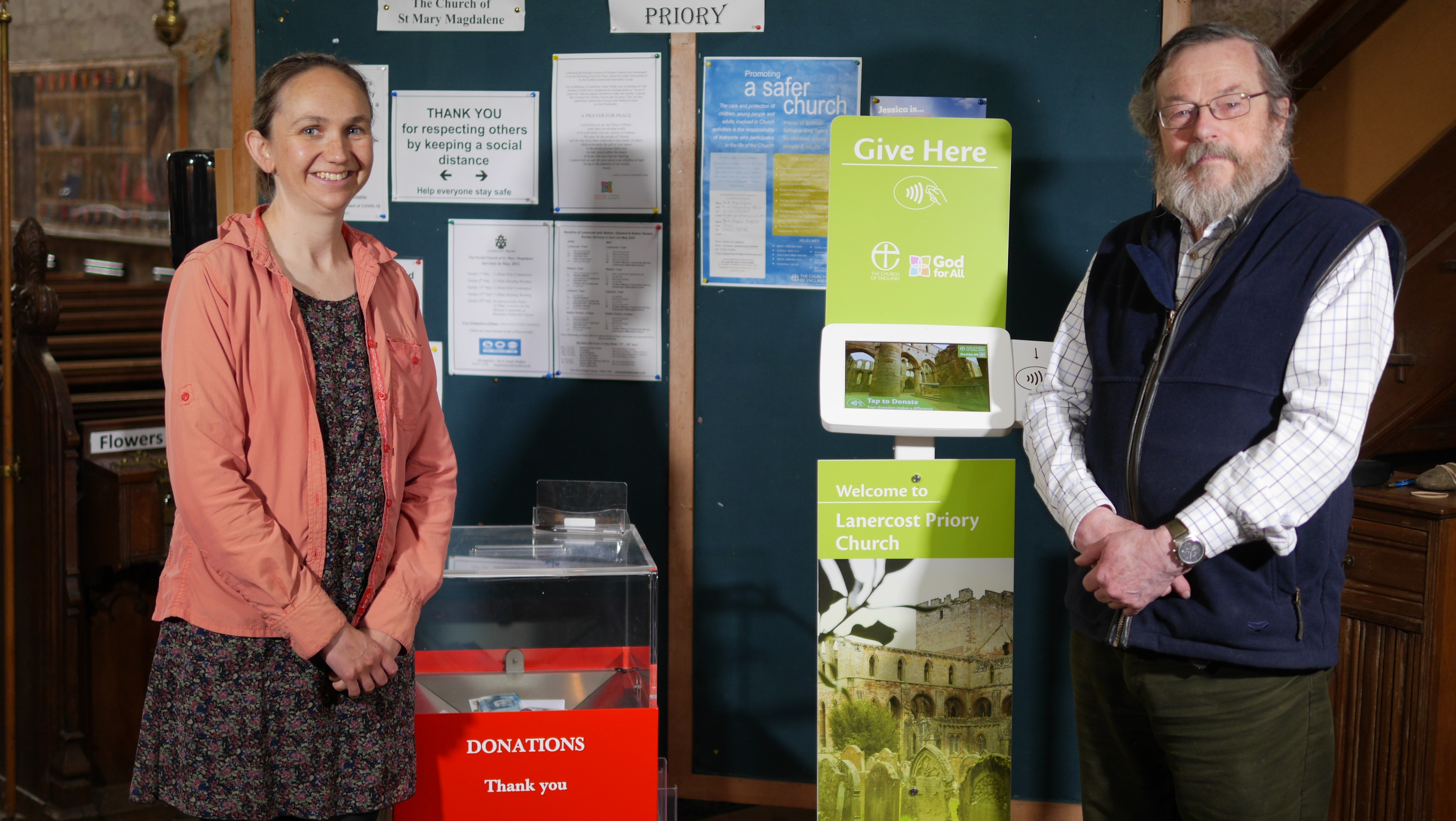 Dr Chris Angus, treasurer and churchwarden at the Priory, said: “Our machine has been used a little by people attending services but by and large it’s our visitors who have offered donations.

“More and more, people are not carrying cash so we’ve also found that people have been able to use our contactless unit to pay for gifts that they want to purchase.”

Most participating Cumbrian churches were provided with one of two types of contactless unit, dependent on wi-fi availability and whether they were to be left unattended in buildings. The units are interactive and offer different amounts to donate. Six churches – including the Priory - received a bespoke device.

Grace said: “The end of the pilot scheme in the Diocese of Carlisle is a huge milestone for the National Church’s plans to rollout digital giving across the country. It is fantastic to see the impact that digital giving has made to Cumbrian churches over the course of the last year, particularly when many have been working hard to fully re-open following the impact of Covid and social restrictions.

“I am so grateful to every church that has taken part in the project and invested time and effort in learning how to use their device, as well as to all those who have generously donated in support of churches across Cumbria.”

Meanwhile the Bishop of Carlisle, the Rt Rev James Newcome, will host a garden party at Bishop’s House in Keswick on Tuesday 21 June to thank those churches who engaged with the pilot project.

Bishop James said: “I am thrilled that the digital giving pilot has proved so successful and helped raise such a lot of money to further support our churches’ mission and ministry.

“We give thanks for all the digital donations that have been made which sit alongside the generous giving which is already made through our churches. My prayer is this important extra income stream will further support our work to grow God’s Kingdom in this county.”

The national church covered monthly charges for the contactless units for the first year, though a small commission was deducted by the payments processor from each donation.

Churches now have the option to return their units without charge.

For more from the national church around giving, please visit the Building a Generous Church section of the CofE website.

For further information please contact Dave Roberts, Head of Communications, on 07469 153658 or at communications@carlislediocese.org.uk.