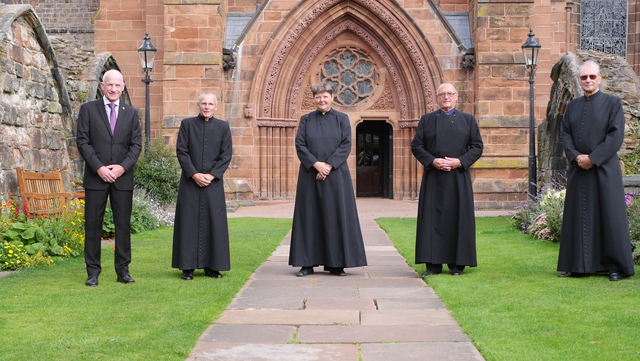 Five people will be ordained deacon at Carlisle Cathedral on Saturday, adding to a bumper year for ordinands for the Diocese of Carlisle.

In total 13 people will have answered a call to ordained ministry in 2021 with eight others already having been ordained as curates in June.

The Bishop of Carlisle, the Rt Rev James Newcome, will lead the ordination of distinctive deacons this weekend; the ordinands will remain deacons having chosen not to be ordained priest next year.

Distinctive deacons have a full ministry in the Church of England but unlike priests, cannot preside at the Eucharist, pronounce the absolution or pronounce the Trinitarian blessing. Deacons focus on a servant ministry, particularly to the poor and marginalised and more generally in the wider community.

The service at 2.30pm on Saturday 4 September will also be livestreamed on both the  Diocese of Carlisle and Carlisle Cathedral Facebook pages.

All will serve in mission communities across Cumbria which are cross-denominational and mutually supportive groupings of churches with mission at their centre.

Prior to ordination, the distinctive deacons have each completed a year’s study with Cumbria Christian Learning, complementing their previous studies.

The Rev Canon Peter Clement, Diocesan Director of Vocations, said: “It is wonderfully heartening to see so many people faithfully listening to God’s call to service.

“Those entering the ministry of the distinctive diaconate will play an important role as missionaries in the world, proclaiming the Gospel to those outside church life, reaching out to the poor and marginalized, and bridging the gap between the church and the world.”

Bishop James said: “The distinctive diaconate is a hugely valued and essential form of ministry and mission and one which is crucial as we look to grow God’s Kingdom through our ecumenical God for All vision.

“I’m thrilled that we have five people who have been called to this ministry this year. They will, I’m sure, complement the wonderful work of their distinctive deacon colleagues who have been ordained in previous years. My prayers shall be with them all.”

Gordon, 76, was born in Walsall in the Midlands. After leaving school he joined a photographic studio in Birmingham, specialising in portraiture, eventually taking over the business in 1985. His photography included studio work, weddings, university graduations and overseas assignments. He has been married to Ann for 52 years; the couple has three children. They became very involved with their local church when living in Streetly, Sutton Coldfield, helping with the weekly distribution of home communion, leading Lent groups and joining the choir. Gordon first fell in love with the Lake District when he took part in an outward bound course in 1960. He and his wife later had a static caravan by Ullswater for nine years and then decided to retire to Newbiggin in 2009. The couple attends St Andrew’s Dacre where Gordon served as a churchwarden. He has also completed the diocese’s Called to Serve course and a Local Lay Ministry course, being licensed as an LLM in 2014. Gordon helps to run a community café in Newbiggin, reaching out to people who may not be able to get to church; missional work which he plans to focus on as a distinctive deacon.

Romans 8 has particular resonance for Gordon, which he says emphasises that there is nothing that can separate us from the love of God. 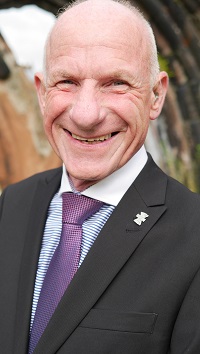 Andrew grew up in Lancaster within a Christian family, and was head chorister at Lancaster Priory. After leaving school at 15 he worked for the Water Board as a junior clerk – where he met his wife, Carole. The couple married in 1974 and have two grown up sons. In 1970 Andrew joined Cumbria Police, serving for 30 years across the county including time as a traffic officer, four years in force training, two years based at a district training centre as an inspector, time in the county’s force control room and latterly heading up Carlisle, Headquarters and Brigham traffic groups. On retirement from the force he worked for Eden District Council as a highways inspector and in the planning department and property services. Andrew and Carole moved to Penrith in 1980 and became active members of St Andrew’s church. His faith life grew through the Called to Serve course, of which he later became a group leader. In 2009 he was commissioned as a Lay Minister, specializing in the co-ordination of pastoral care for those in the church and wider community. It led to Andrew, aged 69, being commissioned to take funerals, a ministry which he continues to focus on and which will be central to his work as a distinctive deacon.

Andrew says that 1 Peter 5: 6 is particularly important, talking about pastoral care, the building of relationships and demonstrating the love of God to all. 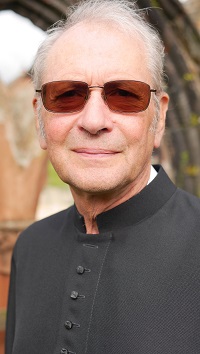 Graham, 71, was born and raised in Bradford. He’s been married to Margaret for nearly 50 years and they have two grown up daughters. They moved to the Furness area 47 years ago. He worked for 40 years as an engineer in the defence industry, predominantly in Barrow in Furness, starting his career in combat systems and latterly working as a consultant engineer for BAE on submarine programmes. Graham became a Christian whilst studying at Sheffield University, eventually joining his local church in Dalton in Furness, where he helped set up a church plant which he then helped lead for 10 years. In 2014 a serious eye problem – which was successfully treated - meant Graham had to stand down from that leadership role. He moved to church life within the Benefice of Aldringham, Dendron, Rampside and Urswick and in 2015 became a Local Lay Minister with a particular focus on community outreach. As part of that Graham – a keen fell walker - developed monthly walking groups which have a focus on creation and spirituality. He says this will continue to play an important part in his mission and ministry as a distinctive deacon.

Romans 12: 2 is particularly important to Graham as he says it emphasizes the journey he is on, of which ordination is simply the next chapter. 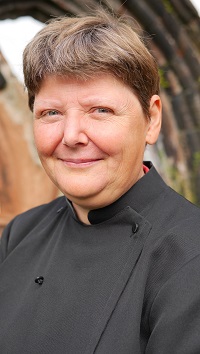 Lucy trained as a research scientist after completing a degree in agricultural botany and a further research degree in plant molecular genetics at Aberystwyth University, where she met her husband Adrian. The couple – who have two children, Eleanor and William – later lived in Bristol where Lucy, 50, also studied for a post-doctorate. Family commitments saw Lucy step away from research and after a move to Lancashire the family settled in Cumbria where Adrian is Team Rector in Cockermouth. Eight years ago Lucy joined Cockermouth School, working as a science technician. Lucy’s faith ‘came alive’ when she was 13 and began attending a local church whilst living in Buckinghamshire as well as joining a Christian Union group in secondary school. After Adrian was ordained, Lucy began to explore her own faith pathway further and after two years’ training she went on to serve as a Lay Reader; something she has done for 12 years. She also heads up the Messy Church for children and families in Cockermouth and sees her role at school as part of her ministry.

2 Cor 5: 20 is of particular importance for Lucy stressing how we as the church should live every day as Christ's representatives on earth bringing his message of love and grace. 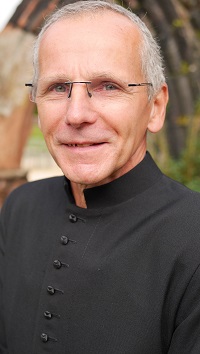 James, 61, was born and raised in Mirehouse, Whitehaven; the youngest of five siblings. After leaving school he joined a youth training scheme as part of the Saltom Pit restoration project before successfully applying for a job at Sellafield. He spent 43 years at the site latterly as a shift manager. James came to faith in 2012, two years after the death of his mum who had a faith and had given him a copy of the Message version of the Bible. He began to attend St Peter’s Kells and was confirmed in 2013. He then completed the Called to Serve course, followed by a Local Lay Ministry course. He joined St Peter’s Parochial Church Council as secretary and has also contributed to the church magazine. James then completed a further course, Nourishing The Soul, followed by one which focused on spiritual direction. He was encouraged to explore the distinctive diaconate and completed the year’s study. He sees his role as being a support to Pioneer Minister, the Rev Mandy Jones, including helping set up a Renew Wellbeing café to create an open space of welcome and inclusion to improve mental and emotional wellbeing.

James says Hebrews 10: 35-36 is particularly important to him as it provided God-given encouragement to strengthen him in his studies to become a distinctive deacon.